Chelsea Café Project is pleased to present A Maiden’s Voyage, an exhibition of artworks relating to the limited edition book and dvd of the same title by Anne Lydiat. The project seeks to find an alternative account of the gendered space of the ship, moving away from the traditional stereotypes of the female on-board as figureheads, prostitutes and that even in the 21st c the ship is still called ‘she’. By excavating historical examples, Lydiat demonstrates how women have been written out of this perceived masculine preserve and in so doing investigates issues of historiography and perceptions of truth.

A Maiden’s Voyage is accompanied by images of two women from Lydiat’s research including Louise Arner Boyd shown on-board the Veslekari. Boyd was the first woman to venture into Arctic regions where only men had preceded her. In 1926, her love for photography and her fascination with the stories about the first Arctic expeditions prompted Boyd to charter a boat, the Hobby, for a six-week maiden voyage to the Arctic Circle. It was the first of many increasingly daring polar ventures that she financed and directed, bringing back photographs and survey data that resulted in detailed maps of previously unknown regions. 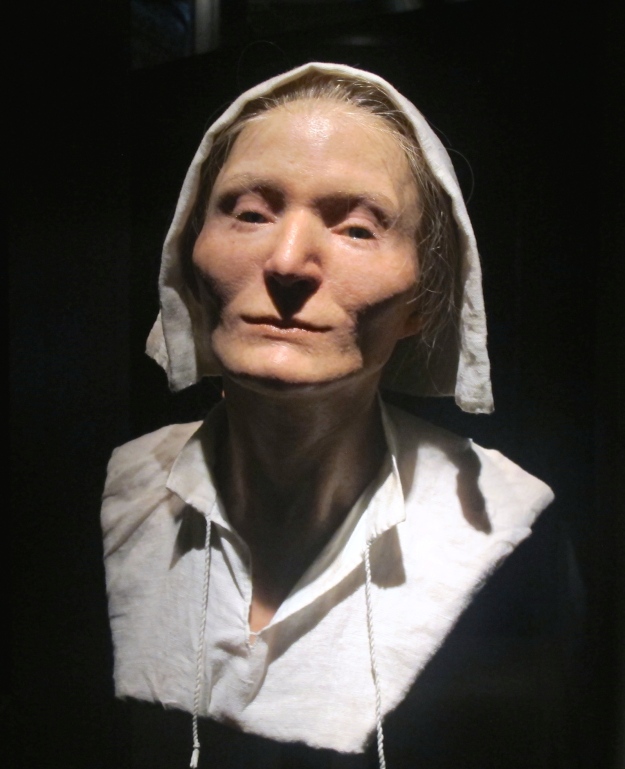 The portrait of Beata is an artistic reconstruction of a woman of about 25 years old and thought to have probably been the wife or sister of one of the crew. Her remains were salvaged in 1961 from on-board the warship Vasa that had set sail on her maiden voyage and then sank in Stockholm Harbour on 10th August 1628.

A Maiden’s Voyage (2015) gives homage to Marcel Broodthaers’ publication A Voyage on the North Sea (1974) – no cutting remarks here.

The starting point for the content off this book was an inexpensive, framed, unsigned, and unlocated, painting printed ‘on board’, bought in a UK charity shop. The essential component, in the foreground of the painting, is the ‘bum-boat’ ferrying two women and a child to a ship at anchor. It is a rarity to find paintings that depict the presence of women in maritime history and this artist’s book is a space that marks this gendered absence.

THE LIMITED EDITION BOOK/DVD A MAIDEN’S VOYAGE  WILL BE LAUNCHED AT CHELSEA CAFÉ AT 2 PM ON THURSDAY, 2 JULY 2015. 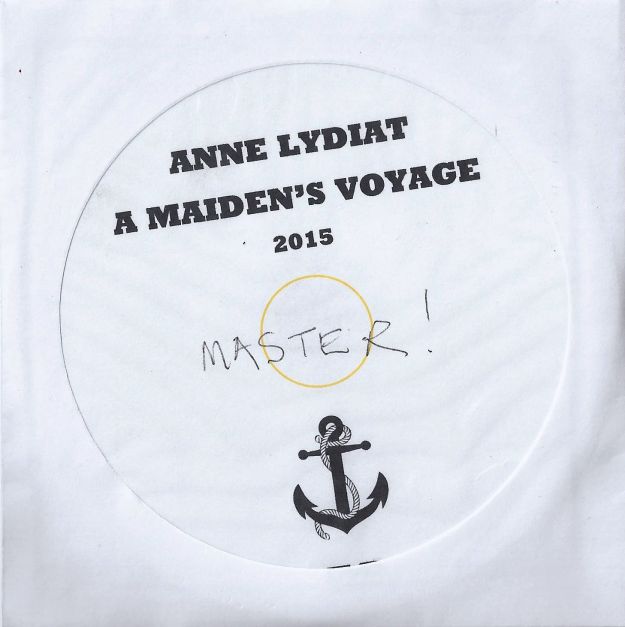 Anne Lydiat has exhibited both nationally and internationally for over thirty years. Since 2002 she has lived on-board an old Medway Coaster moored on the River Thames.  In 2012 she registered at Chelsea as a PhD researcher, her title: If the ship is a paradigm of a Heterotopia, how can gendered art practices inform discourses in relation to this transgressive space. An essential context for her practice led research is that both her home and studio are on a floating, fully navigable vessel. A fluvial existence where the constantly changing physical relation to the shore, being in between and on the edge both as a physical and conceptual margin, denotes the moving boundary of the heterotopic ship in time and space. As a rite of separation from her liminal state, and to create a space of agency in 2013 she sailed to the Arctic Circle to follow in the wake of the Louise Arner Boyd.  She made drawings, kept a Ships Log and filmed and photographed the ‘wake’ of the moving ship, making permanent the transient presence of her own rite of passage and those of women voyagers from maritime history.

The Cafe Project is a series of displays of work by students and staff from Chelsea College of Art and Design. These changing displays are a chance to see some of the talent here at Chelsea from across a diverse range of disciplines. The series is curated, in collaboration with CHELSEA space (opposite) as part of the Public Programme.

For more information please contact Sinead Bligh at info@chelseaspace.org or in person at CHELSEA space.